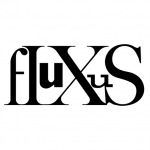 We are excited to introduce you to George Maciunas Foundation Inc., an art organization committed to cultivating Fluxus and Maciunas’ ideas into practical contemporary applications. The generosity of our donors, sponsors and supporters is vital to the growth and success of the foundation to further foster Fluxus scholarship in research, theory, and practice.

As a phenomenon of interdisciplinary and conceptual practice, Fluxus has been viewed by art historians as more than a temporal movement or an aesthetic doctrine, but “an active philosophy of experience that sometimes only takes the form of art”. Among its fundamental concepts included the notion that everyday life should break into art and as such, the artist should use their ideas as a potential for social change. Fluxus’ thoughts and practices have played a role in frameworks such as multimedia, telecommunications, hypertext, industrial design, urban planning, architecture, publishing, philosophy, and management theory. Though coming to a scholarly consensus on how Fluxus can be defined has proved to be difficult, its lively ideas, distinct and innovative when they were pioneered, are still a forum for philosophical practice today.

Established in 2009, the George Maciunas Foundation Inc. has focused on reasserting the importance of Fluxus founder George Maciunas2. At the core of Maciunas’ artistic corpus was a humanitarian effort to allow a collective of artists to freely create, develop, and encourage the proliferation of ideas. In essence, Maciunas advocated knowledge as art, sought to apply it through education, and created the social spaces in which it could flourish.

In demonstrating the commitment to ensuring the protection of copyrights and intellectual property under George Maciunas’ and Fluxus’ name, the foundation held the exhibition © Fluxus: Original Copyright Documents, 1963-1967, that challenged yet enhanced the role of legal protection in producing creative work.

The foundation is also playing a key role in the advancement of Fluxhouse, a mass building system invented by George Maciunas to raise the quality of living in communities across the economic spectrum. Fluxus As Architecture series was launched in 2013 to reposition the revolutionary relevance of this architectural invention in the context of today’s urban setting, arguing for an alternative of human habitat, where urban efficiency and social welfare play the leading role.

In order for the foundation to keep researching, curating and producing critical projects, we kindly ask that you consider supporting our cause. Your contribution will be used to enhance and expand our existing programs, and it will go a long way in forwarding our mission to pay tribute and revitalize the legacy of Fluxus and George Maciunas, an innovative artist who worked with great principle and dedication to constructing a more equitable and creative way of life for all.

George Maciunas Foundation is fiscally sponsored by Fractured Atlas, a 501(c)(3) non-profit arts service organization for future projects in research, theory, and practice. Contributions for the charitable purposes of our projects are tax-deductible to the extent permitted by law. Please make the contributions payable to “Fractured Atlas”.

There are a couple ways to donate:

Thank you in advance for your generous support.

Duke University Professor Kristine Stiles has discussed Fluxus as part of a movement towards global humanism achieved through the breakdown of boundaries in artistic media, cultural norms, and political conventions. The blurring of cultural conventions, which began in the early 20th century with movements such as Futurism, Dada and Surrealism, was continued by Fluxus artists in correspondence with the changes taking place in the sixties. Like the definition of “Flux”, which means ‘to flow’, Fluxus artists sought to reorder the temples of production and reveal “the extraordinary that remains latent in the undisclosed ordinary” during the midst of the dramatic modernist epoch. Among its members were John Cage, George Maciunas, George Brecht, Yoko Ono, Nam June Paik, Larry Miller, Vytautas Landsbergis, Ben Patterson, Milan Knížák, Ken Friedman, Alison Knowles, Henry Flynt, Mieko Shiomi, Ben Vautier, Emmett Williams, Robert Filliou, Eric Andersen, Al Hansen, Alice Hutchins, Shigeko Kubota, Wolf Vostell, La Monte Young, and Joseph Beuys.
Lithuanian-born American artist George Maciunas (1931-1978) is best known as the founder and central coordinator of Fluxus. Like his ‘Learning Machines’, George Maciunas was an exemplary processor of information as an enigmatic analytic mind. Education, the process of transferring knowledge, is a theme present throughout his works and in “A Preliminary Proposal for a 3-Dimensional System of Information Storage and Presentation”, a relevant example of an educational structure responsive to the needs of its students and the need for creativity. As an urban planner, the New York Times coined Maciunas’ title as the “Father of SoHo” for his Fluxhouse Cooperatives project, which transformed this neighborhood from a post-industrial dystopia into a thriving area for contemporary art since 1960s. The ‘SoHo Effect’ has continued to resound in urban environments across New York City and the world. In realizing a vision of architecture based on collective ownership, the Fluxhouse Cooperatives may arguably be Maciunas’s most influential and widely practiced Fluxus project.
George Maciunas was awarded with architectural degrees from Cooper Union (1952) and Pittsburgh’s Carnegie Institute of Technology (1954). After graduating, he worked for several major firms, including Skidmore, Owing and Merrill (1955-57), the highly regarded designers Knoll Associates (1960-61) (interior design, interior graphics, exhibits, displays, structures), and Olin Mathieson (1957-1960) (R&D Aluminum div product development and design) where he is credited with the invention of a structural framework useful in construction of prefabricated buildings using extruded aluminum beams and columns. Maciunas Prefabricated Building System design was completed and copyrighted in 1965 as an invention which can be used to build a single family house, highrise building, or an entire city (Fluxcity).
© 2018 Fluxus Foundation All Rights Reserved