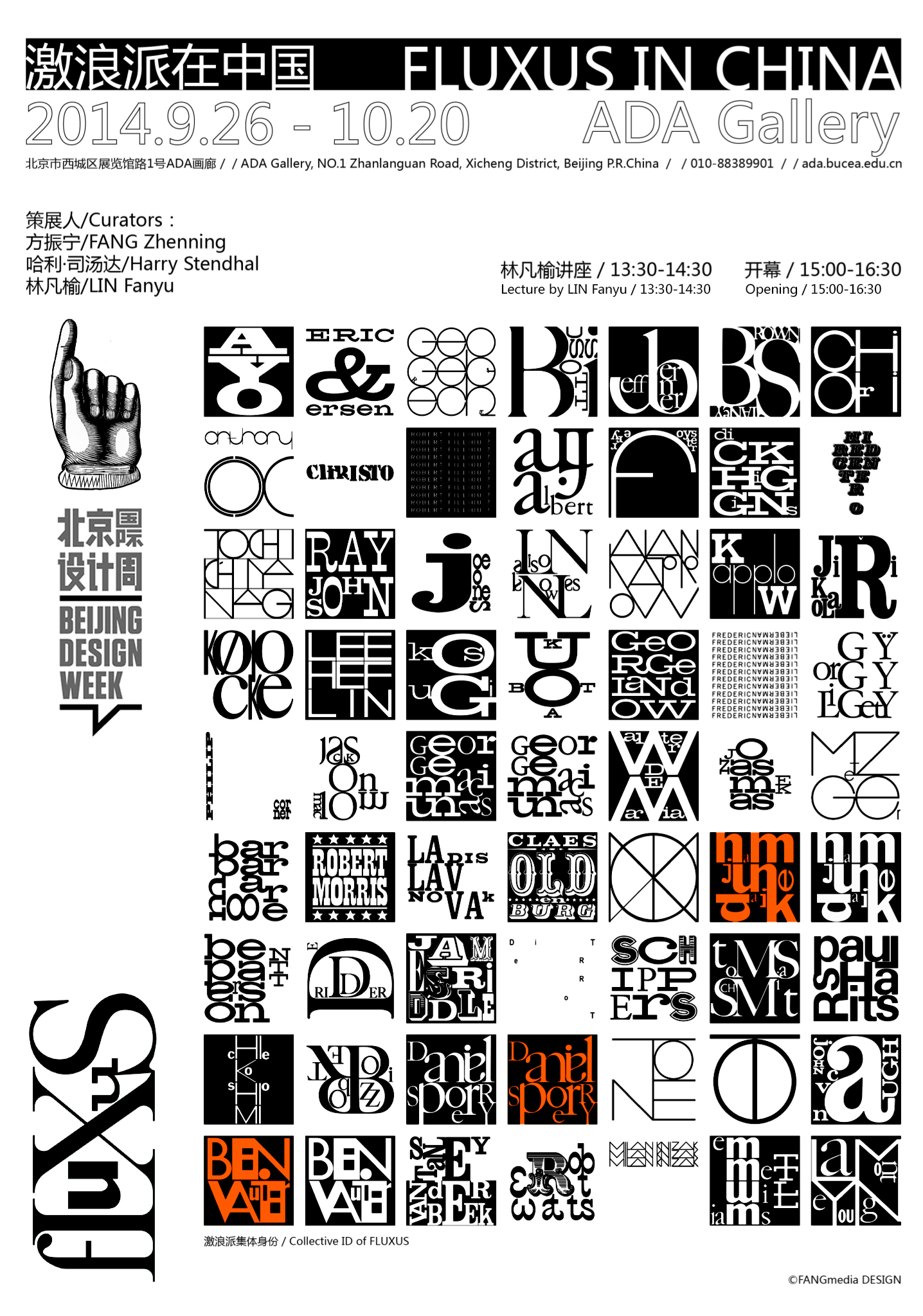 Fluxus is as much a continuing social impact as an art movement of the 1960’s. The exhibition FLUXUS IN CHINA examines the legacy of Fluxus that extended art into other realms of society including intellectual property, education reform, architecture and urban planning, as well as their impact up to the present. The exhibition is curated by Zhenning Fang (international curator and critic), Harry Stendhal (chairman and founder, Fluxus Foundation), and Fanyu Lin (architect and curator, Fluxus Foundation).

In order to safeguard the group’s interests as a monolithic entity, George Maciunas sought copyright protection for Fluxus and its artists. The copyright documents not only express the output of what became known as the “Flux Golden Age,” but also spur contemplation of what it means to create art within a collective identity and the role of legal protection in producing creative work.

In the late 1960’s, Maciunas outlined a proposal to reform what he viewed as the premature specialization and fragmentation of the American education system. Maciunas used his radically inventive work and ideas to move society towards an ideal of freedom, a society in which everyone’s needs are adequately met, enabling them to contribute productively to society. Maciunas’ ideas present a relevant example of an educational structure responsive to the needs of its students and the need for creativity.

As an urban planner, the New York Times coined Maciunas’ title as the “Father of SoHo” for his Fluxhouse Cooperatives project, which transformed this neighborhood from a post-industrial dystopia into a thriving area for contemporary art since 1960s. The ‘SoHo Effect’ has continued to resound in urban environments across New York City and the world. In realizing a vision of architecture based on collective ownership, the Fluxhouse Cooperatives may arguably be Maciunas’s most influential and widely practiced Fluxus project. As an architect, he was credited with the invention of a structural framework and received two patents for the prefabricated building system in 1961. His design of Fluxus Prefab System was completed and copyrighted in 1965, which designed to provide a solution to achieve social welfare by raising the Quality/Standard of Living. Responding to the Chinese government’s promise to focus on the quality of urbanization and improve the living standards of urban residents, the Fluxus Prefab System’s design for China — The Chinese Unit — is not only a prefabricated system, but also the spatialization of a more advanced welfare system. The Fluxus Prefab System is effective both as an idea and a potential for social change; its wisdom and value lie beyond a mere building system. This exhibition features a recent research Wooden Structures and Smart Structures: Modularity in Yingzao Fashi and Fluxus Prefab System. It is prophesied that Fluxus Prefab System, as a realistic solution in experimentation, will succeed in establishing the modularity in conjunction with thousands of years of Chinese wisdom, effectively making the leap from wooden structures to smart structures.