It is likely that Maciunas produced this piece while studying for a degree in architecture at the Carnegie Institute for Technology, Pittsburgh from 1952-54. The work represents Maciunas’ early critical engagement with modern architecture in which he hails Le Corbusier as the exemplary builder in space. Le Corbusier never surrendered his architecture entirely to pragmatism or “stage design.” In 1964, Maciunas of stronger voice produced The Grand Frauds of Architecture: Mies van der Rohe, Saarinen, Bunschaft, Frank Lloyd Wright, a systematic critique of the iconic modern architects based on standards of value,economy, and efficiency. In his estimation, they had knowingly betrayed the very avant-garde ideals they proposed. As a corrective to the “fraud,” Maciunas proposed his own design for a Plastic Prefab Building System in 1965. 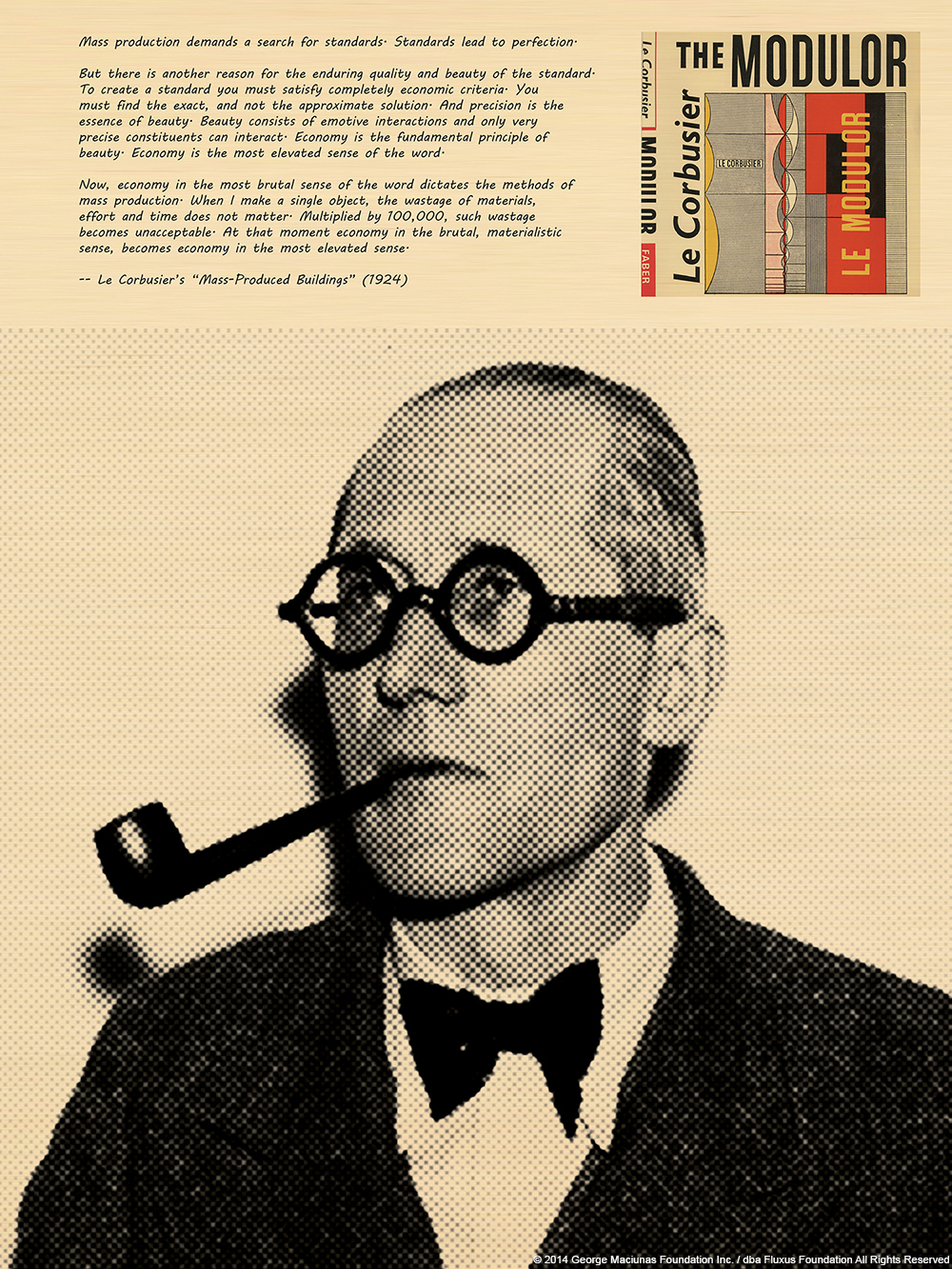 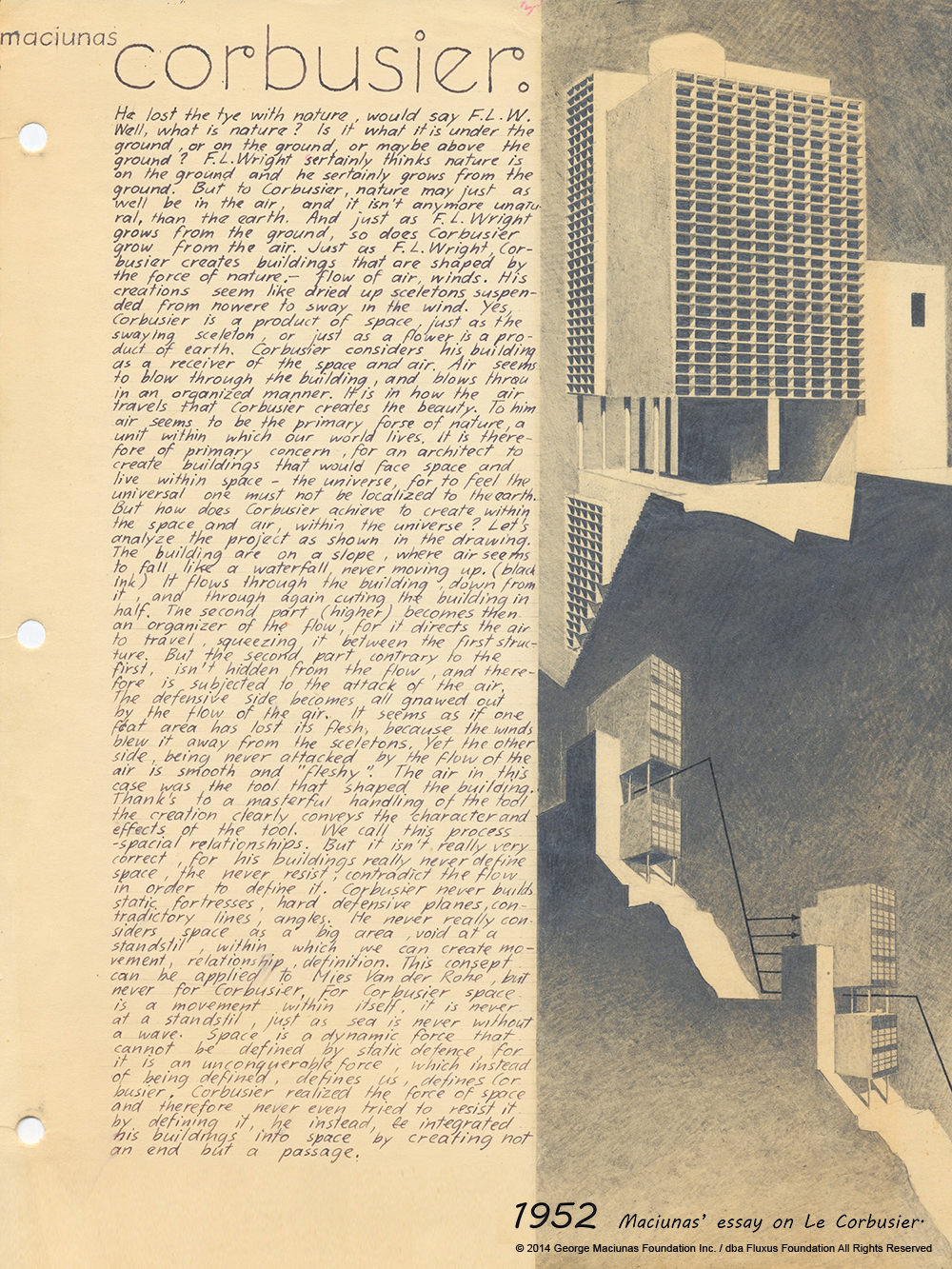 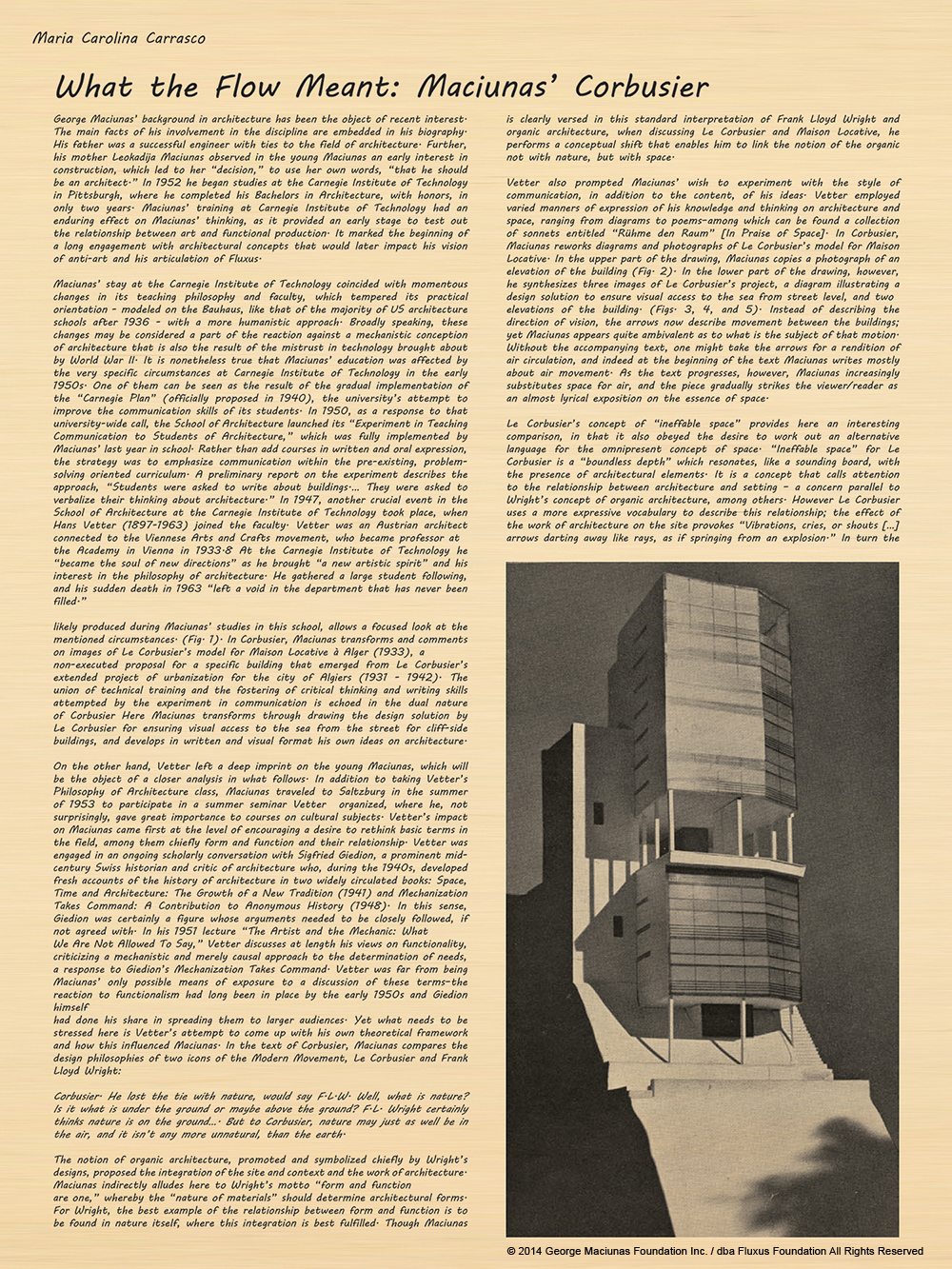 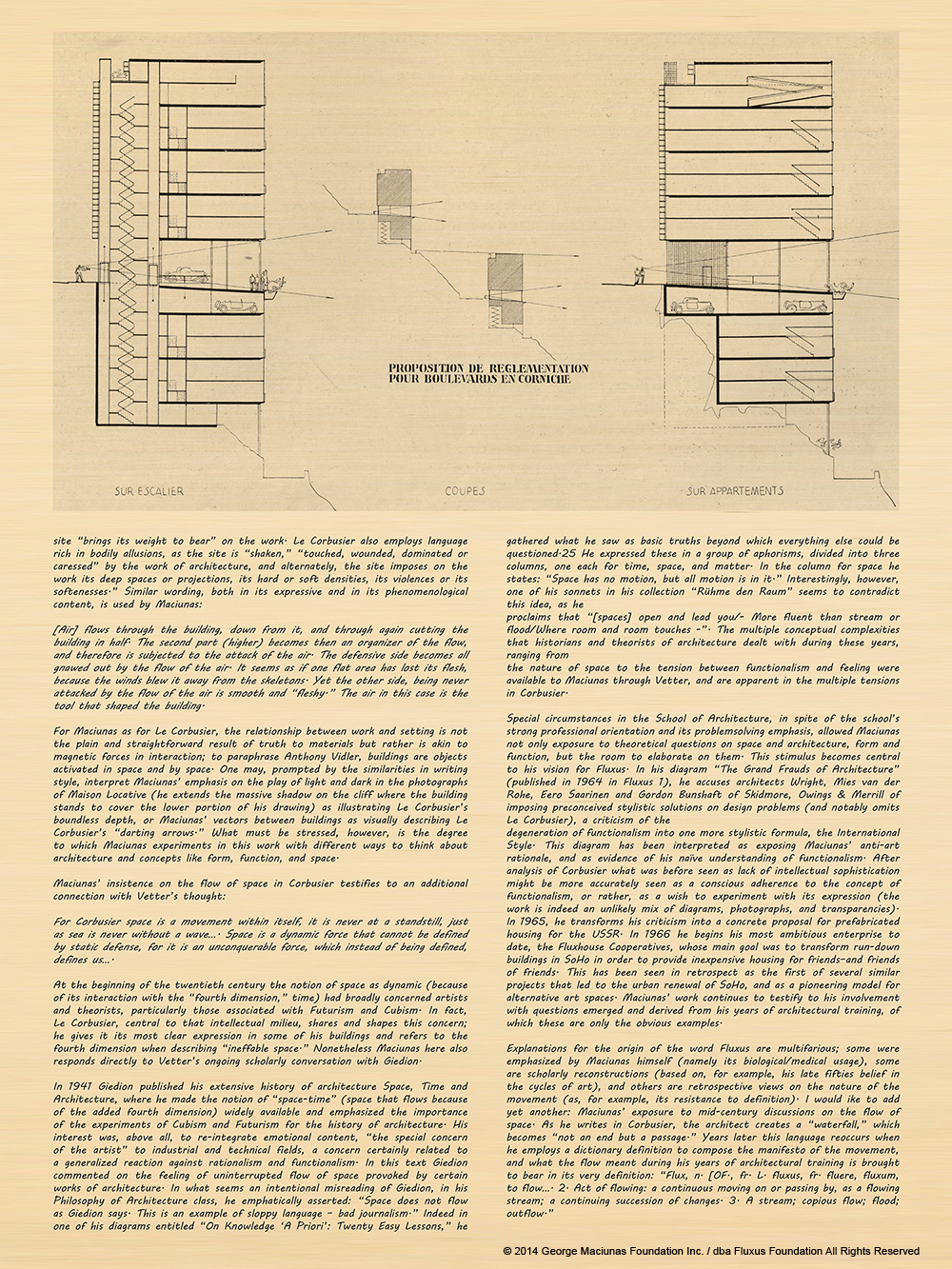