In the summer of 1961, Yoko had her first show Painting & Drawings of Yoko Ono at George Maciunas’ AG Gallery, which also marked the lovely beginning of their friendship and collaboration. In her diary of that memorable summer, Yoko recalled how they were imagining her instruction painting had already been sold for 400 dollars, they became so happy that 'they suddenly took each other’s hands dancing around the room'; and how they two 'bigheaded' people happily seized the whole city when most upper east siders 'went to the Hamptons'; and there were certainly something intangible that they co-owned in those days. 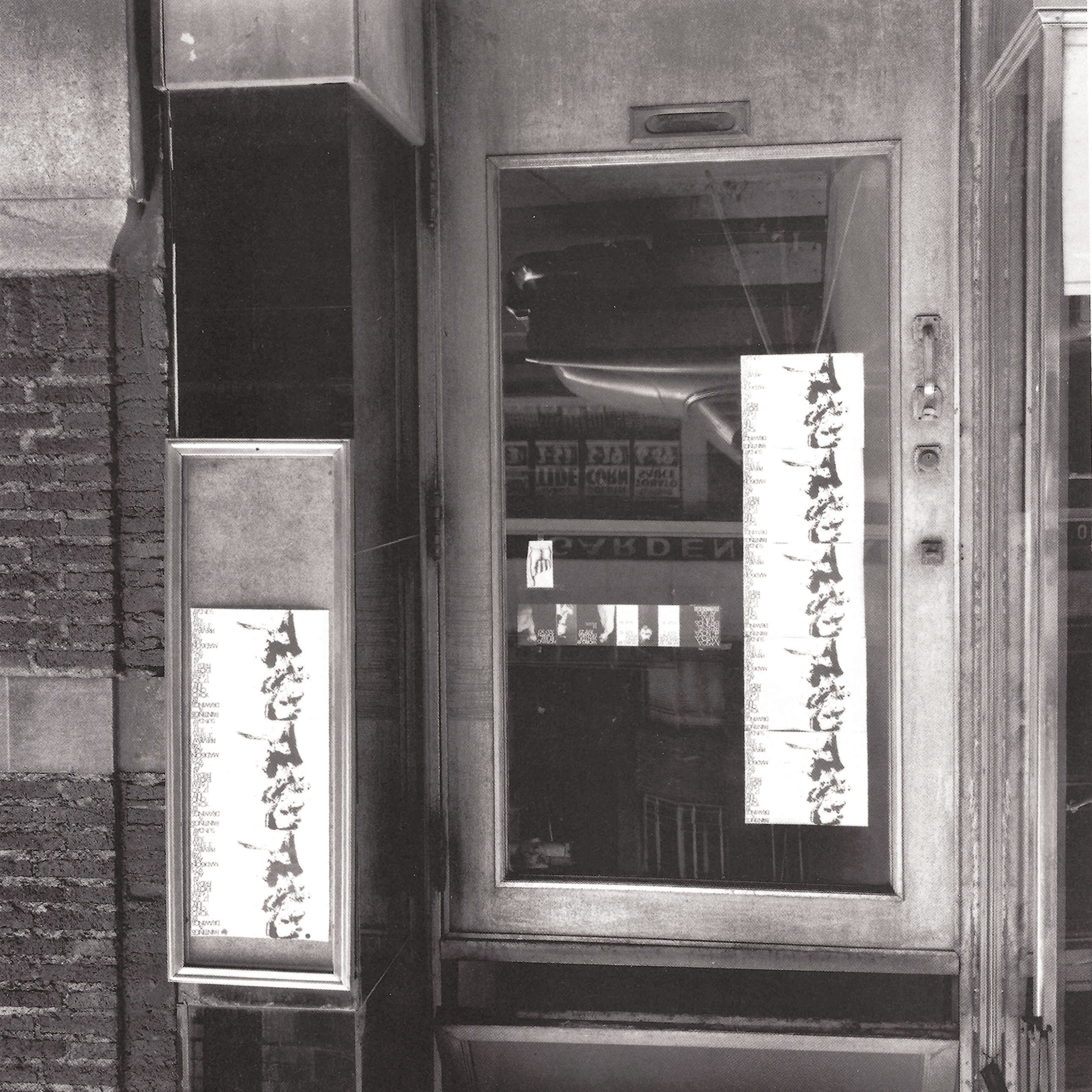 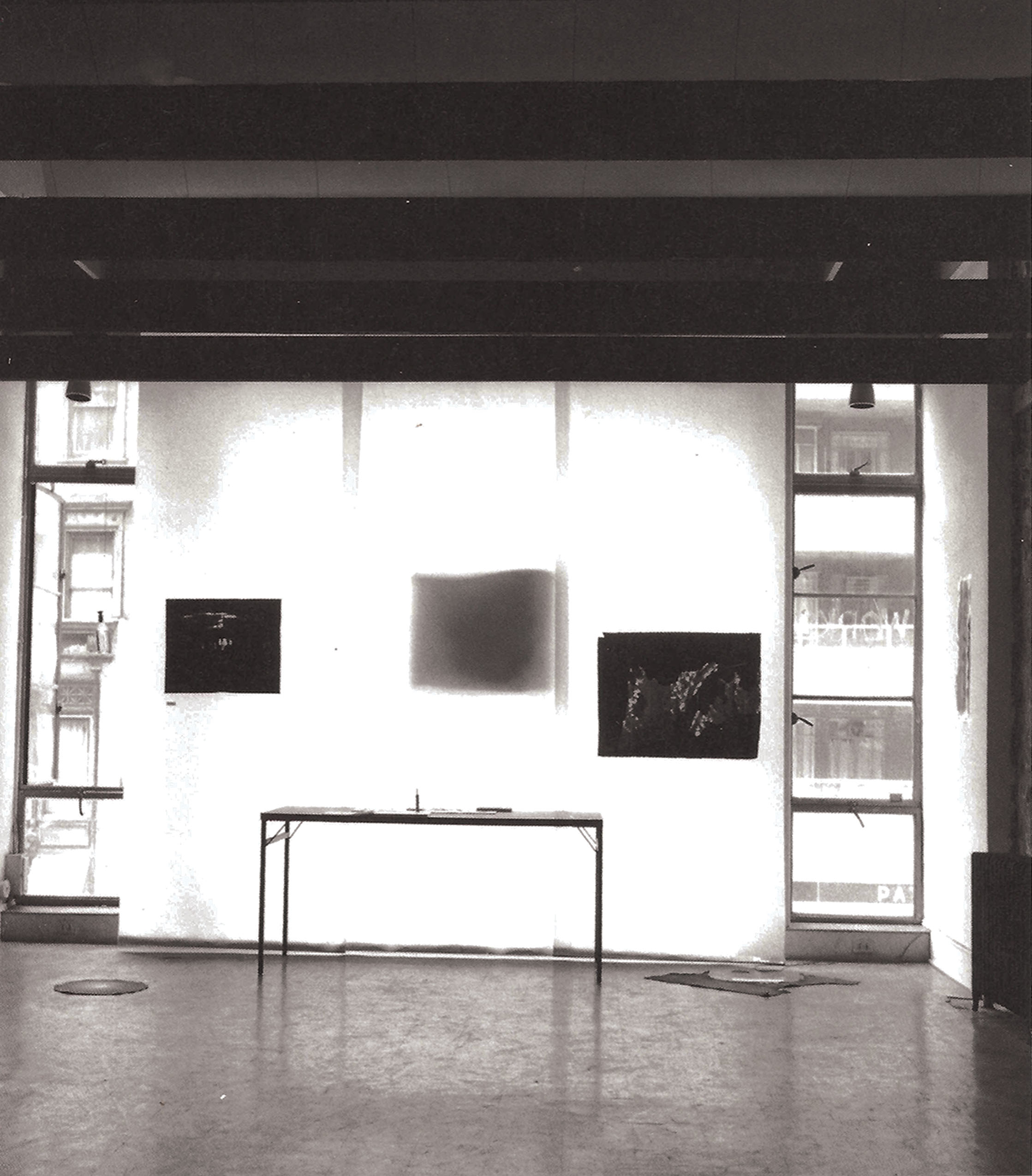 “They were very playful, they didn’t take anything seriously,” Stendhal says of the Fluxus crowd. “At the same time, they had serious convictions.”

At the time of Ono’s first show, Stendhal says, Maciunas and Ono “were both young, they were both broke.” No one was buying their work, and perhaps there was freedom in that; they spent weeks discussing their art and their hopes for the future. As Ono recalled it in a piece penned in 2008, it was Maciunas’s last show at the floundering AG Gallery on Madison Avenue. The electricity had been cut, and few people came. But for Ono, it was a start. The city, she would say, felt like it was hers alone.

Yoko Ono with Painting to See in the Dark (1961) at AG Gallery, New York, July 1961. Photograph by George Maciunas. 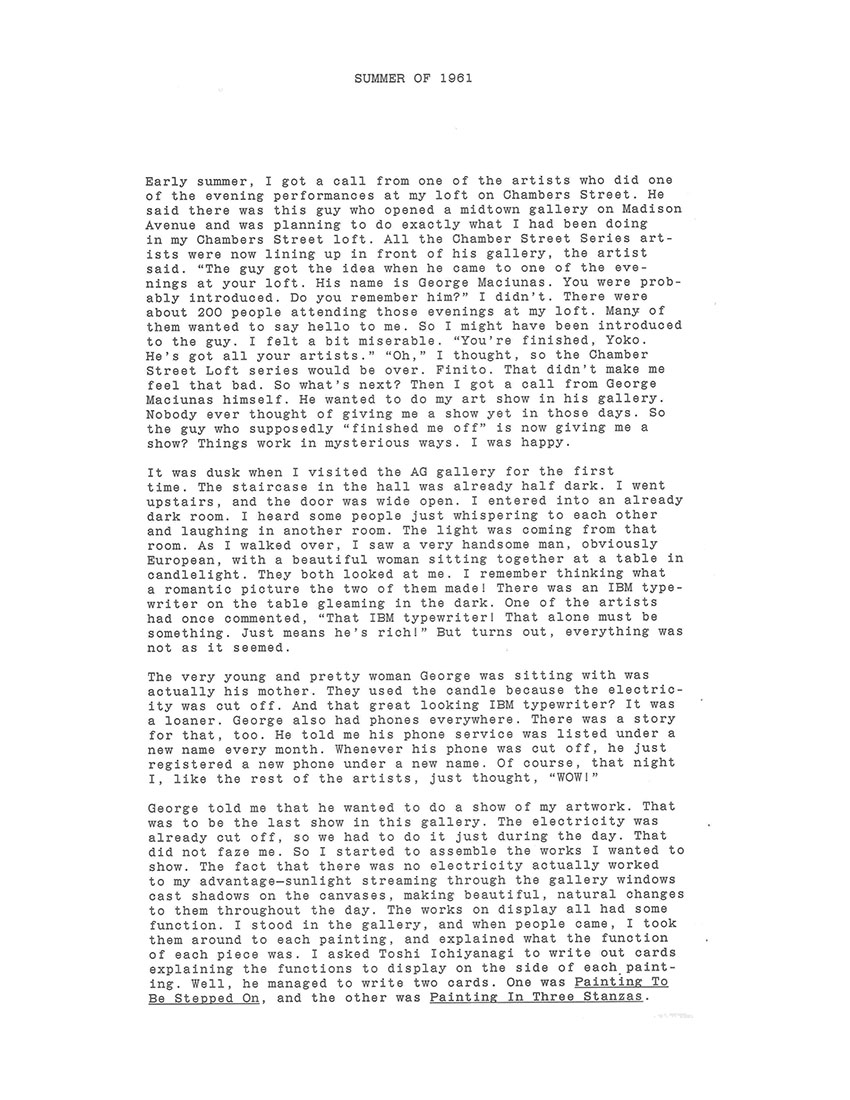 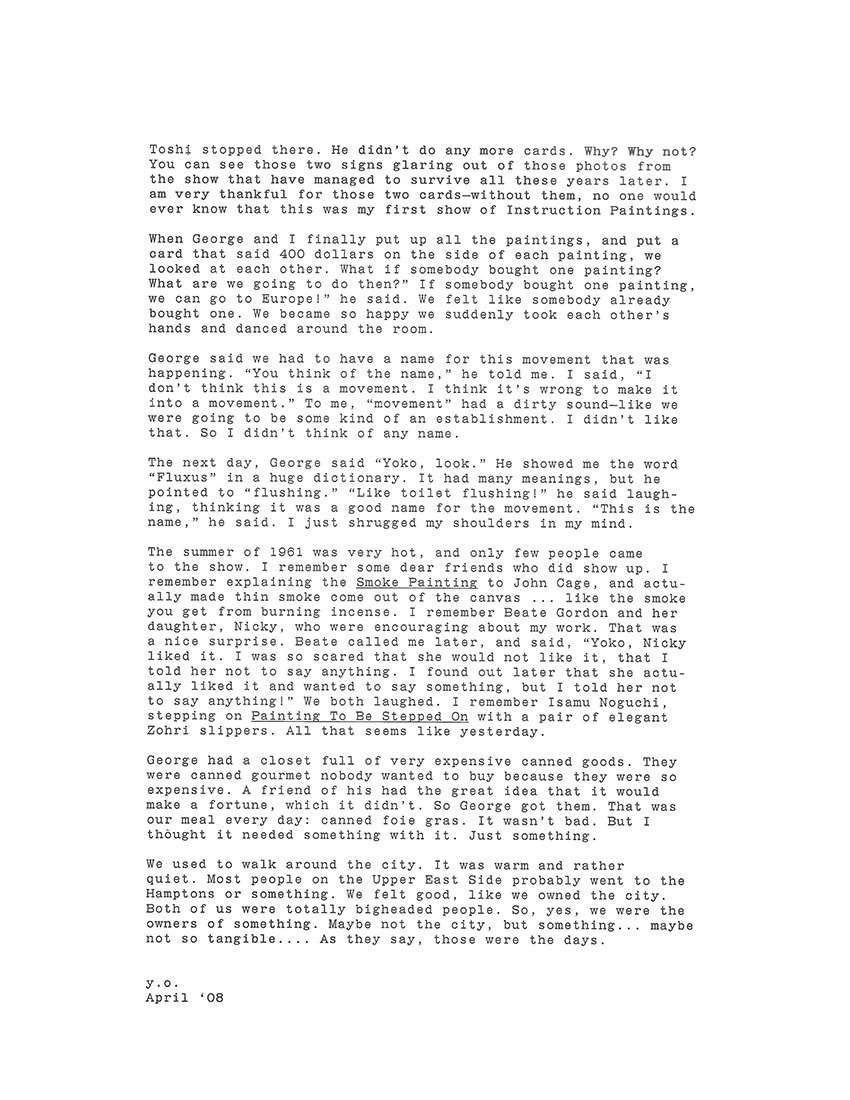